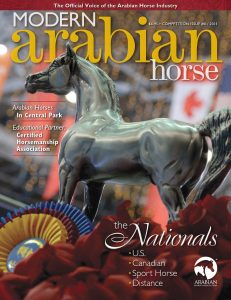 I was assigned by Modern Arabian Horse editor Susan Bavaria to cover the 2015 Canadian National Arabian & Half Arabian Championship Show on-site in Brandon, Manitoba, Canada. She asked me for a first-person account as a competitor and to be on-scene storyteller using vignettes about other competitor experiences with some scene-setting background about the facility and location to round out the piece.

At the deadline, I delivered the 5000-word fact-checked copy. I also proofread layouts to ensure the photos chosen from the official show photographer shots were properly credited for the piece. 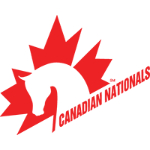