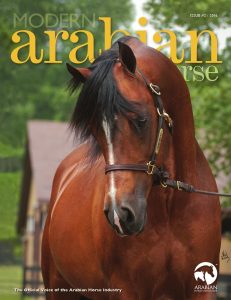 Modern Arabian Horse magazine editor Susan Bavaria excepted my pitch idea to introduce and explain the association’s judging and exhibitor school to readers. Widely respected by Arabian horse-accredited judges as well as judges from other breed associations, Susan and AHA senior staff agreed most members don’t realize they too can attend and benefit from its training even if they don’t want to become show judges.

At the deadline, I delivered the fact-checked, 1700-word copy.