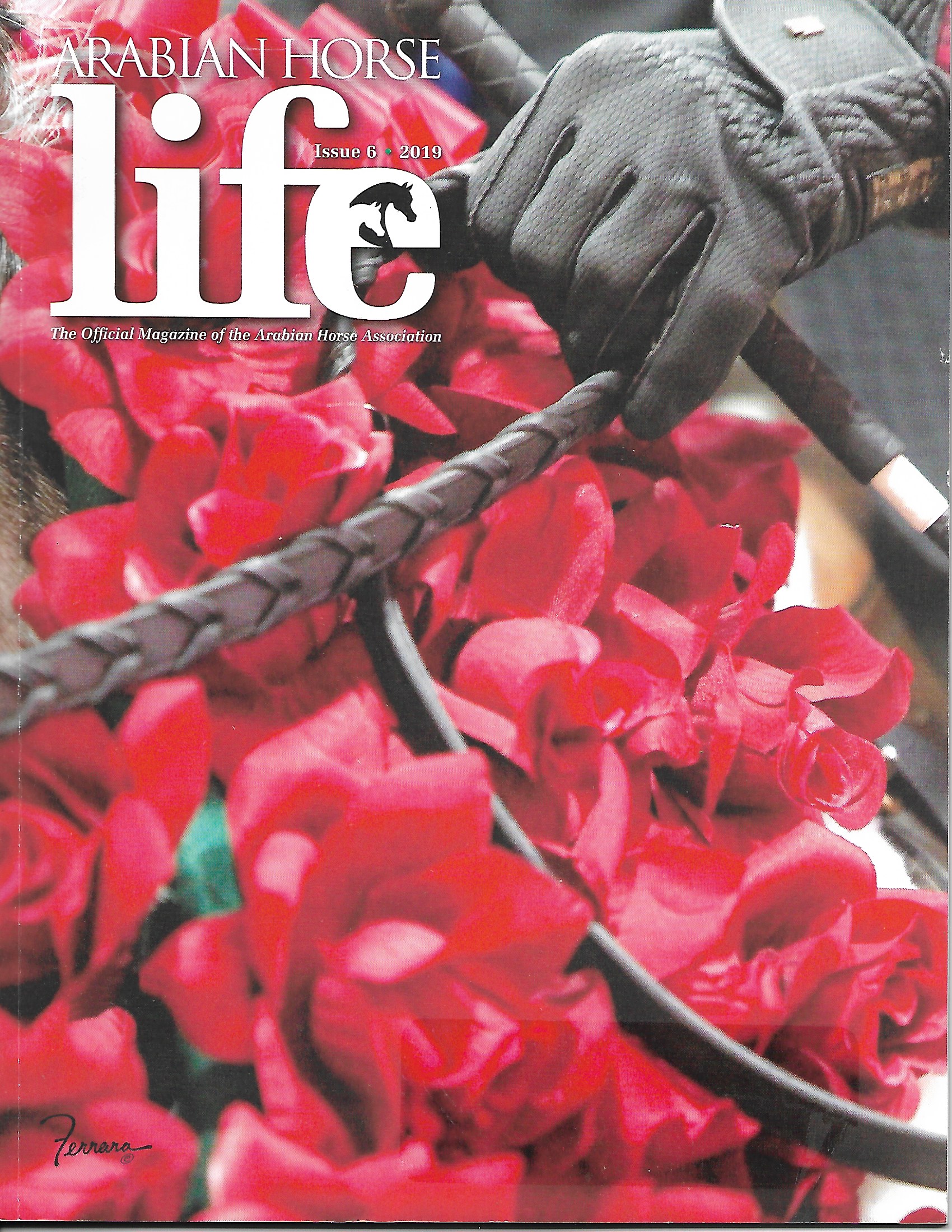 Canadian Nationals stands alone as the only AHA Championship show offering a full range of competition, from Youth to Sport Horse to Main Ring. In 2019, it was held from August 11 to 17, at the Keystone Centre in downtown Brandon, Manitoba.

I delivered the fact-checked copy on four amateur competitors and their horses, along with several hi-res images that were taken by one of the interviewees or me. Each image was accompanied by the needed release forms, and photo credit text. Two photographs I took during the show were submitted and also published as part of the article in Arabian Horse Life issue 6.

Click on the PDF icon to read the entire piece, “Outside The Ring.”

The award-winning Arabian Horse Life magazine is the official magazine of the Arabian Horse Association; a bi-monthly publication about Arabian horses and the people who love them.

Arabian Horse Life has stories, infographics, editorial and features about:

All 16,500+ AHA members receive the print issue of the magazine free as part of a paid AHA membership. The magazine is also available for non-members for a subscription fee of $40/year.