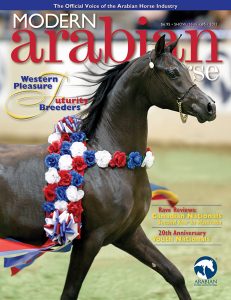 After decades of holding its US Nationals Championship Show in Louisville, Kentucky, in 2011 the Arabian Horse Asociation leadership made the bold move to begin competing at a largely unknown equestrian facility in Tulsa, Oklahoma starting in 2012. Competitors hated the idea. What was in Tulsa?!  I pitched Modern Arabian Horse magazine editor Susan Bavaria in a destination piece about Tulsa to help its members to be able to answer that question.

At the deadline, I delivered the fact-checked, 1280-word copy, along with several hi-res images provided by the Tulsa Convention & Visitors Bureau, each with the needed release forms, and photo credit text.